Everything for a Reason 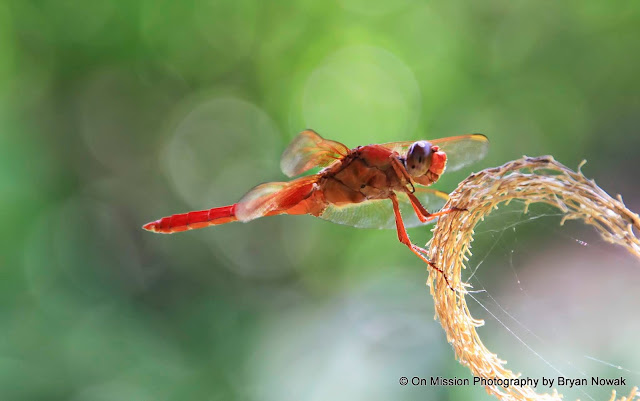 Everything for a reason? Well, consider the dragonfly and some interesting facts you may not know.

Isn't it amazing that so many different dragonflies and damselflies exist -- all different sizes, colors and adapting to different environments? The ability to see 360 degrees means you won't sneak up on one. And if you do, then they can fly away very fast.

So, why would God make such a unique creature? I guess that could be asked concerning human beings too. Why are we so different in many ways yet in other ways very much alike?

I truly believe that God enjoys and appreciates our distinct qualities and characteristics. Together, we all are woven into the fabric of His creation for His glory and purpose. Each animal, plant and mineral has its special place. Are you living out God's intended plan?

In Him we were chosen, having been predestined according to the plan of Him who works out everything in conformity with the purpose of His will, in order that we, who were the first to put our hope in Christ, might be for the praise of his glory. (Ephesians 1:11-12)

Popular posts from this blog 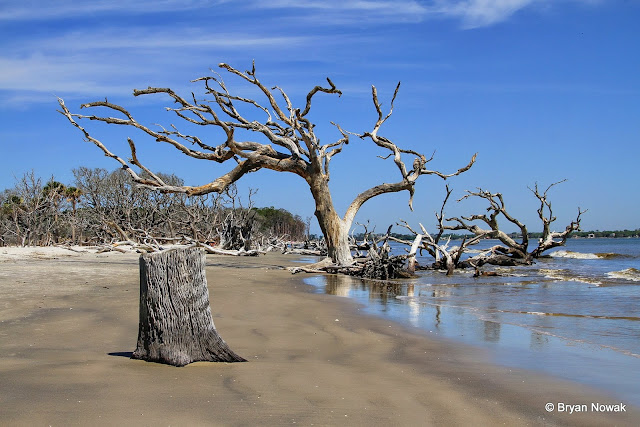 The north shoreline of Jekyll Island, GA is littered with dead and dying trees. This hauntingly beautiful place is called by several names: Driftwood Beach, Graveyard Beach and Boneyard Beach, to name a few.

The shoreline did not become like this overnight. The shallow water and small waves found here have caused the Atlantic Ocean to slowly but surely take over land that once thrived with plant life. The salty sea water was absorbed by the trees that required fresh water and they began to die. Then, hurricane and tropical force winds caused them to tumble.

Sin has a similar affect on lives. It creeps in slowly and replaces that which was pure and refreshing with that which is unhealthy and destructive. Then come the storms of life and there are no deep roots or firm foundation to hold you up and you tumble hard. The Bible describes it like this:

When tempted, no one should say, “God is tempting me.” For God cannot be tempted by evil, nor does he tempt anyone; but each person is tempted…
Read more

Do You Love Me More Than These? 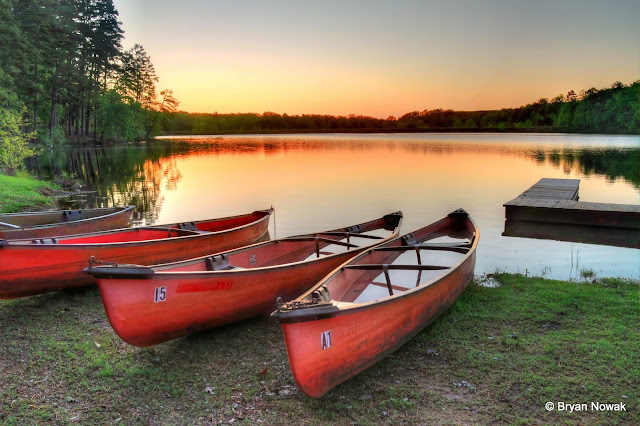 Admit it... there are people and things that mean the world to you. I think of my precious family... and I can't imagine life without a single one of them. Some have suggested that I couldn't live without my camera, guitar, computer or cellphone... and, well, let's just not think about it. Okay?

I recently completed a Bible study where I examined my priorities, possessions, pride, prejudices and purpose. I had to ask myself if there's ANYTHING more important to me in this life than my love for and obedience to my Lord and Savior Jesus Christ. That same question was asked of Peter:

The "these" Jesus referred to is not known. Perhaps He pointed to the other disciples asking, "Do you love Me more than your friend and family relationships?" He might have po…
Read more

That Which Lasts Forever 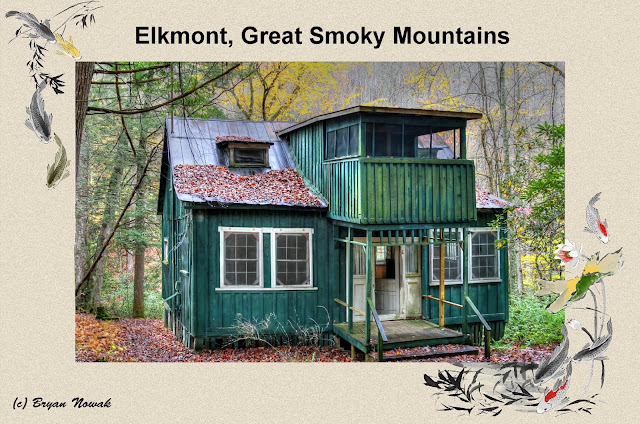 I am excited that there is some restoration taking place in the old Daisy Town area of Elkmont, but am also saddened that so many of the historic structures no longer exist.

They were a reminder of days gone by. But, like so many things in our past, they exist no more except in photographs and memories. I encourage you to take more pictures and videos for that may be the ONLY documentation some will ever have of a loved one or a favorite location as generations come and go.

But while most everything we can touch and feel will one day vanish, there are some things that will indeed last forever, and they all have to do with God, His kingdom, His character, and our salvation.

GOD'S WORD
"The grass withers and the flowers fall, but the word of our God endures forever.” (Isaiah 40:8)

YOUR LIFE IN CHRIST
For you have been born again, but not to a life that will quickly end. Your new life will last forever because it comes from the eternal, living word of God. (1 Peter 1:23) 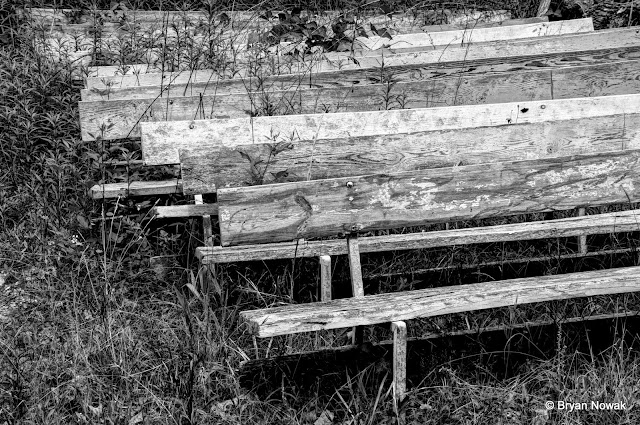 These very long benches were once used under a pavilion at a campground in Toccoa, GA. I suppose they have outlived their usefulness or have become a danger for everyday use. Whichever the case, I am reminded that we all have jobs to fulfill and eventually a time will come when we are either replaced or "put out to pasture" if we fail to perform the task assigned or can no longer meet expectations.

That is how the world treats us and it can be unfair particularly when age, health or some unforeseeable circumstance suddenly causes us to be in this state of joblessness, without a sense of purpose or self-worth.

However, as best I can tell, God is never finished with us until we breathe our last on this side of eternity and then we have a whole new life to look forward to if we are a part of His forever family.

I urge you to live a life worthy of the calling you have received. (Ephesians 4:1)

So then, just as you received Christ Jesus as Lord, continue to live your lives in him. (C…
Read more

Looking Down the Road 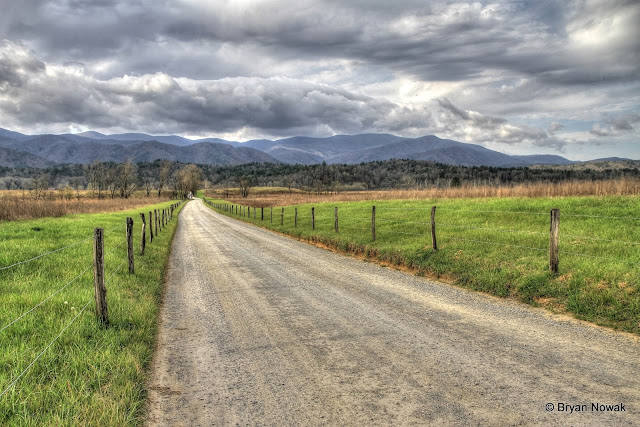 It's funny how the Lord puts something on your mind and then a friend calls who needs encouragement about that same matter. But why should I ever be surprised? That's how God works in and through us.

As you look down Hyatt Lane in the valley of Cades Cove, the mountains appear on the horizon but the road disappears from sight before getting there. It's pretty clear what you will encounter on the drive in the visible distance but there is an uncertainty about what lies ahead beyond our sight along the journey to the mountains.

Sometimes we go through difficult times (living in the valley) and we have a yearning for that mountaintop experience that takes us away from the pain, worry and frustration. We can mentally visualize what that might be like to be free of today's stress, and once again find peace and enjoy life... BUT, there are decisions to be made and uncertainties to be faced in the journey ahead that we cannot anticipate. 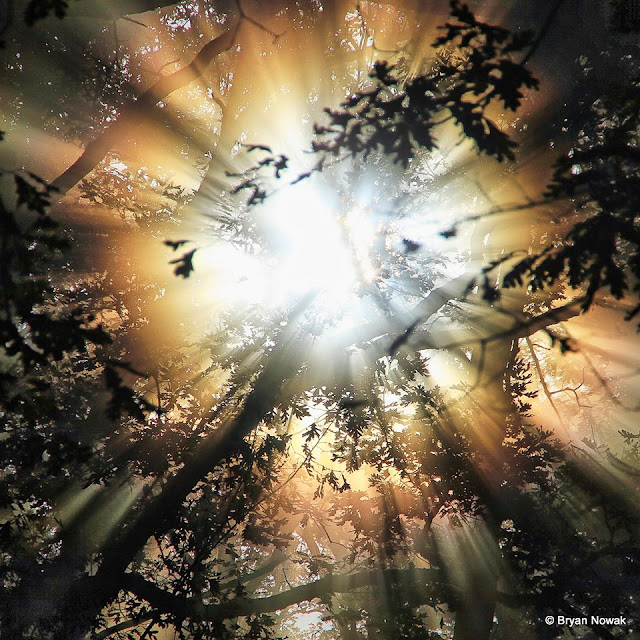 It was a foggy morning in Cades Cove... just the kind that I hope for when photographing at sunrise. As I rounded the corner at the Missionary Baptist Church, the low fog, rising sun and hanging branches produced a glorious stream of colorful and mesmerizing light rays. My mind went immediately to the glory of God and His majesty, radiance and presence in that place.

Yours, Lord, is the greatness and the power and the glory and the majesty and the splendor, for everything in heaven and earth is yours. (1 Chronicles 29:11a)

That's my Lord and I belong to Him! He shines His light of grace, love, glory, mercy, forgiveness, wisdom, power and compassion on me continually. Wow! 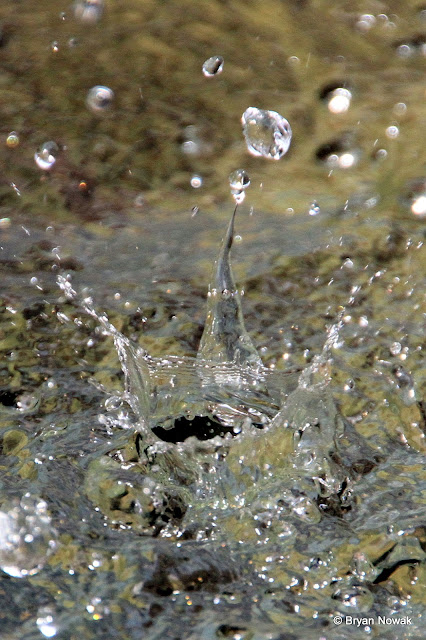 I was at a friend's funeral recently. What a wonderful service of remembrance and celebration of life! Although he suffered in the last years, most of his life was dedicated to the Lord through vocational ministry. Thousands of people across Georgia and the U.S. have been touched by his life. He served faithfully. He gave humbly. He loved generously. He shared Jesus boldly.

It's at times like this that I begin to think about my life and the legacy I will leave. I wonder if I have made a difference or if my life has been just one selfish pursuit. Will people even have anything nice to say about me other than "he took some pretty good photos." Most importantly, I wonder if I'll hear the words "well done, good and faithful servant" or perhaps the opposite.. "why didn't you do more with what I entrusted to you?"

Looking at this picture I realize that even a tiny drop of water makes a pretty significant impact on its surroundings. It may be for a…
Read more 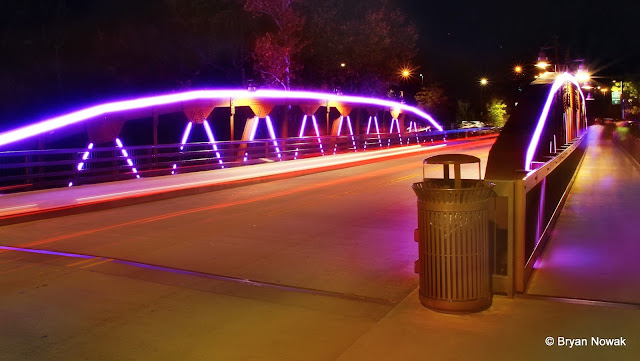 James wrote, "What is your life? You are a mist that appears for a little while and then vanishes." James 4:14

All three had it right. Life is precious. Life is fragile. Life's moments seem too fleeting. So, if everyone realizes this then how should this influence our lives?

Paul wrote, "Follow God’s example, therefore, as dearly loved children and walk in the way of love, just as Christ loved us and gave himself up for us as a fragrant offering and sacrifice to God." (Ephesian 5:1-2)

Are You On The Rails? 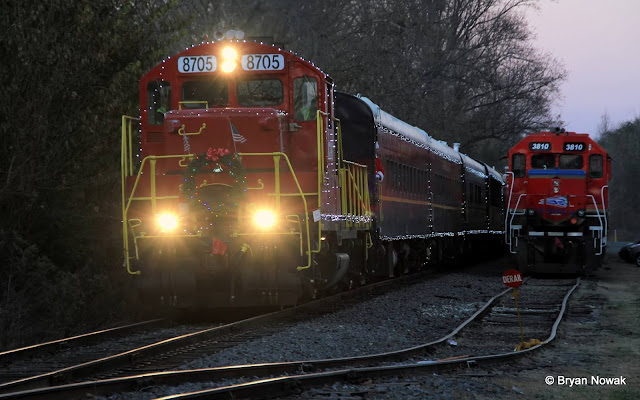 Sharon and I visited Blue Ridge, GA last Christmas and we discovered something interesting about it... the town revolves around the scenic railroad business. Soon after we arrived we heard the sound of a locomotive powering down the tracks toward town, full of passengers (and Santa). We also observed a freight train on tracks off to the side marked "Derailed."

I was thinking about this scenario last night. Both of these locomotives had the potential to be used; yet, one was and one was not. One was powering through the darkness with lights ablaze. The other stood silent -- no lights, no life, no power.

I couldn't help but reflect on my life and the potential I have to make a difference in the lives of others. I have all the physical "equipment" that I need to move on down the tracks. I even have the power source within me, God's Holy Spirit, to get me moving and shining His light. It seems to me then that it is MY CHOICE whether I want to serve according to …
Read more

Bryan Nowak
Hi, my name is Bryan and I love God, my family and photography. It is my desire to inspire and encourage you in this blog through pictures and Scriptures.